Young the Giant with Fitz and the Tantrums 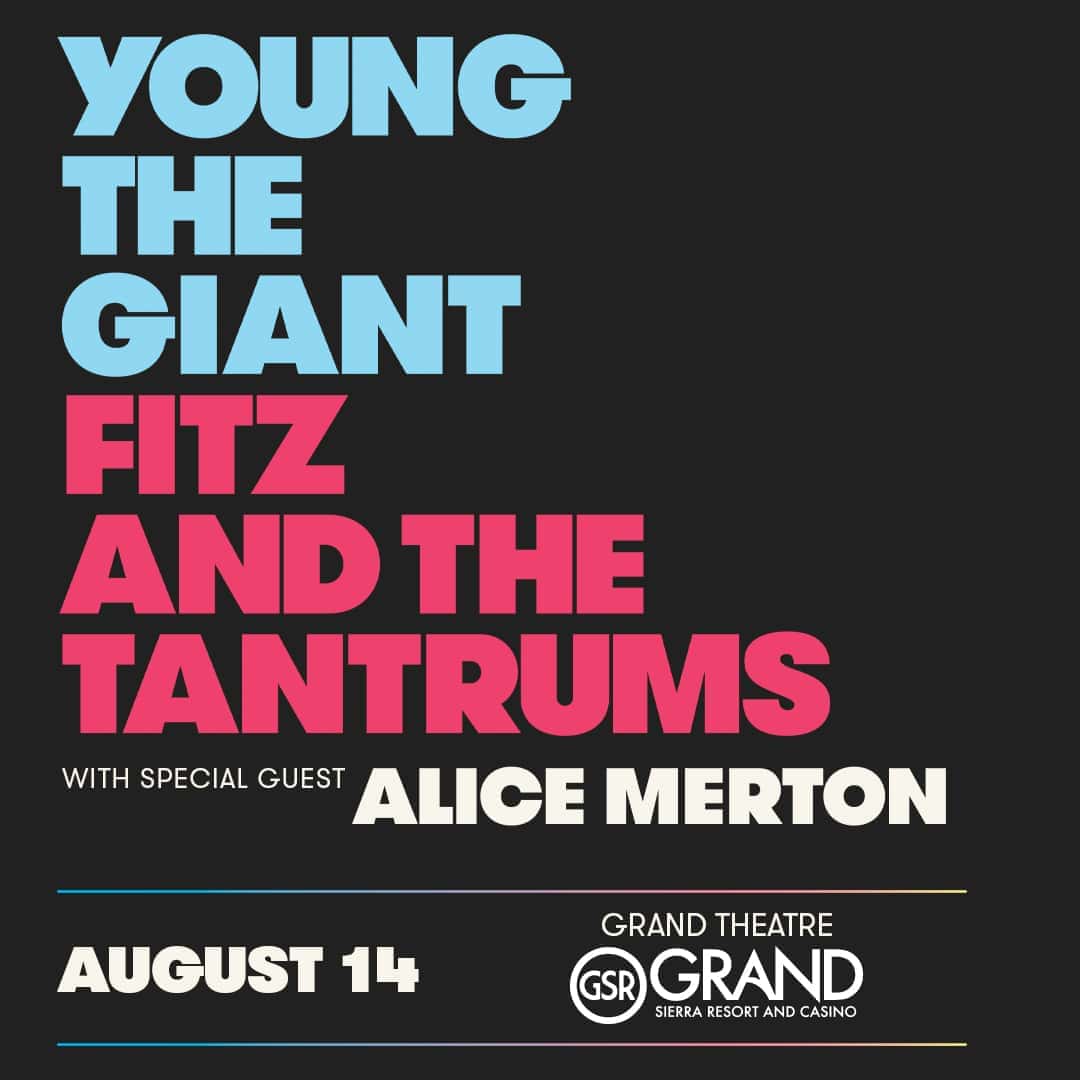 This summer, indie rockers Young the Giant and Fitz and The Tantrums will co-headline the stage at Reno’s Grand Theatre.

Young the Giant and Fitz and the Tantrums, who are both on the Elektra label, both gained world-wide fame after releasing critically and fan-acclaimed alternative rock and dance albums in recent years.

Young the Giant earned its place as a band on the rise with its self-titled 2011 album, which included the songs “Cough Syrup” and “My Body.” The 2018 release Mirror Master, including the hit song “Superposition”, further cemented the band’s position as leaders of their genre.

LA-based electro-pop outfit Fitz and the Tantrums have been lauded for anthemic pop songs like “HandClap,” “Out Of My League” and “The Walker”, songs which have taken over radio air waves and dancefloors.