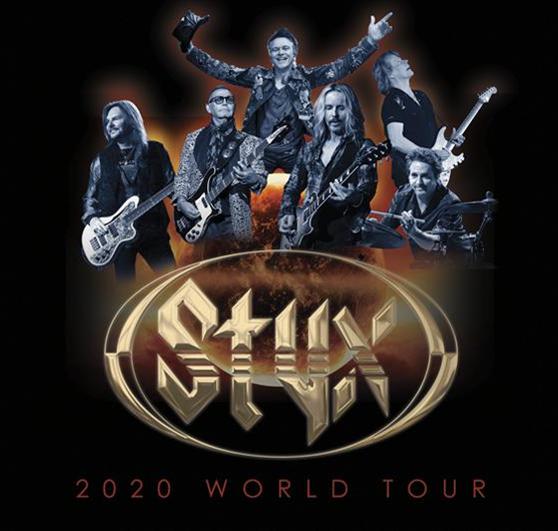 Harmony. Chemistry. Balance. Grit. Dexterity. Determination. Solidarity. Terms that describe a Big Game champion? Well, almost. These are the words that define the core essence of STYX, the multi-mega-million-selling rock band that has forged an indelible legacy both on record and onstage and who will be performing at Silver Legacy Resort Casino at THE ROW on Friday, Jan. 17.

Never known for resting on their laurels, STYX have now added a triumphant new chapter to their never-ending story of success: namely, The Mission, the band’s sonically sweet 16th studio album and most ambitious, most challenging and most rewarding release to date.

The band’s acclaimed pedigree most definitely infused the recording sessions for The Mission¸ with an even deeper-rooted sense of purpose and duty, something that can be attributed to the six men comprising STYX. Having invested themselves in rocking the world together with audiences far and wide by entering their second decade of averaging over 100 shows a year, each one of them is committed to make the next show better than the last.

In order to achieve a collectively mutual goal of live excellence, a band must have a time-tested arsenal of aurally rigorous and rewarding material to get it there and STYX draws from over four decades of barn burning chart hits, joyous singalongs and hard-drive deep cuts to do so. Like a symphony that builds to a satisfying crescendo, a STYX set covers a wide range of stylistic cornerstones. From the progressively sweeping splendor that is “The Grand Illusion” to the hunker-down fortitude of all that is the “Blue Collar Man.” From the majestic spiritual love for a special “Lady” to the poignant rumination on the fleeting nature of fame in “Miss America.” From an individual yearning for true connection as a “Man in the Wilderness” to a soul-deep quest to achieve what’s at the heart of one’s personal vision in “Crystal Ball.” From the regal reach-for-the-stars bravado of “Come Sail Away” to the grainy, all-in gallop of that rugged “Renegade” who had it made, the band draws on an unlimited cache of ways to immerse one’s mind and body in their signature sound.