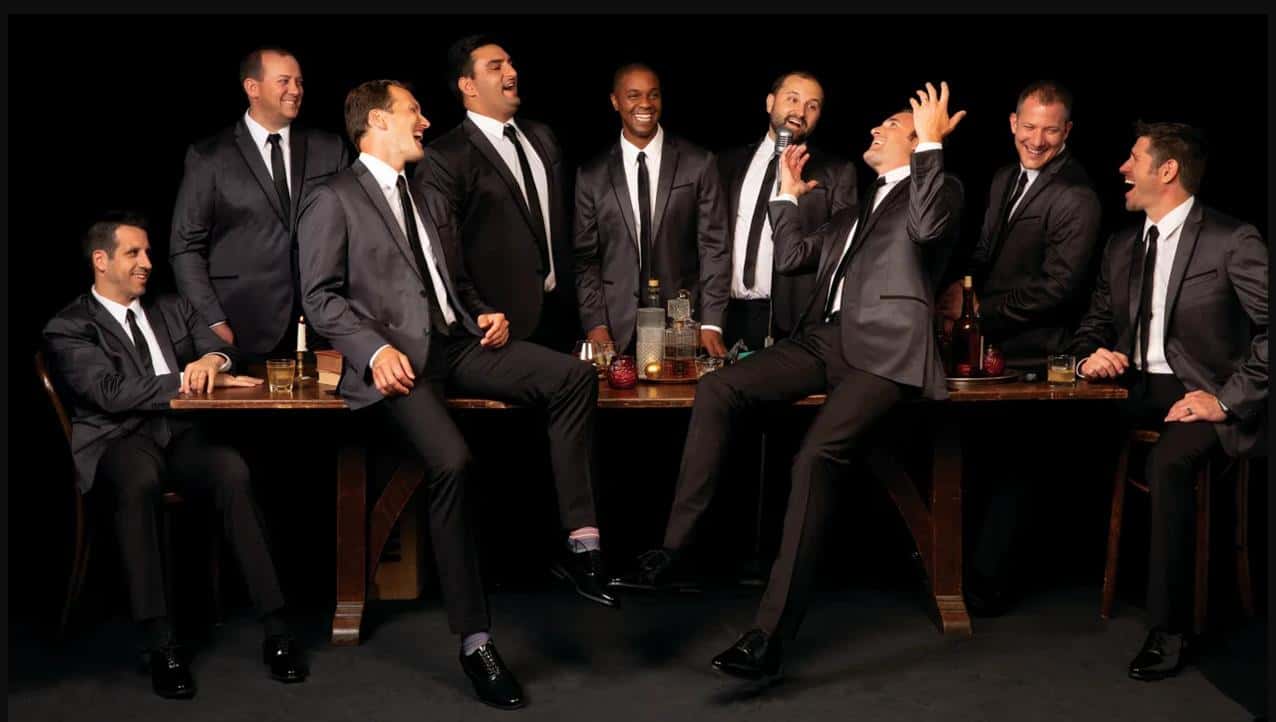 Straight No Chaser are returning to Reno’s Grand Theatre for another shout of classic tunes, amazing harmonies, and a dash of old school charm.

If the phrase “male a cappella group” conjures up an image of students in blue blazers, ties, and khakis singing traditional college songs on ivied campuses… think again. Straight No Chaser (SNC) are neither strait-laced nor straight-faced, but neither are they vaudeville-style kitsch. They have emerged as a phenomenon with a massive fanbase, numerous national TV appearances, and proven success with CD releases.

Straight No Chaser is the real deal, the captivating sound of nine unadulterated human voices coming together to make extraordinary music that is moving people in a fundamental sense… and with a sense of humor. On the road, Straight No Chaser has built a reputation as an unforgettable live act.

Straight No Chaser’s latest studio album, “ONE SHOT” is available now. The album sees SNC doing what they do best with distinctive takes on classic pop and soul favorites, including Ricky Martin’s “Livin La Vida Loca,” Fleetwood Mac’s “Go Your Own Way,” James Brown’s “Papa’s Got a Brand New Bag,” and the LP’s first single, an energetic mash-up of Boyz II Men and Montell Jordan entitled “Motownphilly/This Is How We Do It.” The track is joined by an official lyric video, streaming now at the official SNC YouTube channel.